Do I need a sound proof room?  No, unless you intend to record live drums and amplifiers in front of microphones.  You may want to do that later down the road, but it’s not necessary in order to get underway.  There are ways to do it all inside a computer and we’ll talk about this later under Hardware.

Technology - good news/bad news:  Major advances in digital technology over the last few years and an accompanying massive fall in prices has meant that you can have the same recording quality and capacity in your laptop computer that top recording studios had only a few years ago.  The Beatles’ Sergeant Pepper album was recorded in 1967 on four track analogue tape recorders (eight track recorders were just coming into use later that year) and to compile a larger number of tracks for a song in those days meant merging or ‘bouncing’ other tracks together to free up a new one.  Each time a bounce was done some recording quality was lost due to the nature of tape, and the tracks that had been bounced couldn’t be remixed again.  Edits had to be done by cutting and splicing tape using razor blades and sticky tape.  Today you can buy software for your home computer that gives you almost limitless tracks and the ability to edit using the same cut and paste techniques you use in Word or Excel.

This raises two questions.  Firstly, how come over forty years later the sounds on Sergeant Pepper still stand up as pristine, clear and full of energy and of an overall quality that I can’t achieve with all my better technology?  Secondly, if recording has been so widely democratised to the point that almost anyone can now musically express themselves easily, where are the new works of genius? Discuss!

The big lessons I draw from this are that (i) technology just provides tools that can only magnify and quicken human endeavour, whether it be to achieve lasting art or rubbish (c.f. the Internet as a whole), (ii) the engineers who worked on Sergeant Pepper were highly trained, experienced, knew their craft and their tools, so they achieved great results up to the limits of the technology available, and (iii) bona fide groundbreaking genius will out despite, not because of, the prevailing technology.  If you have any thoughts on this feel free to contact me!

And your point is?  Well, there are a number of very important ones that I would ask you to really take on board:

Ok, for help on how to get up and running recording music, move on to the Hardware and Software pages. 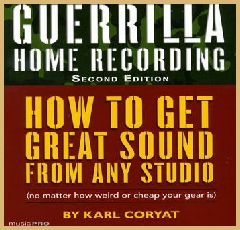 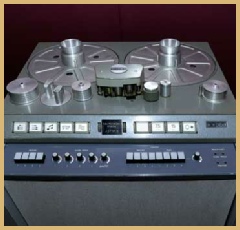 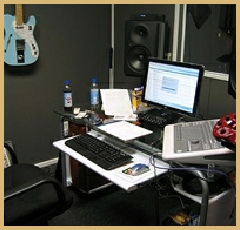