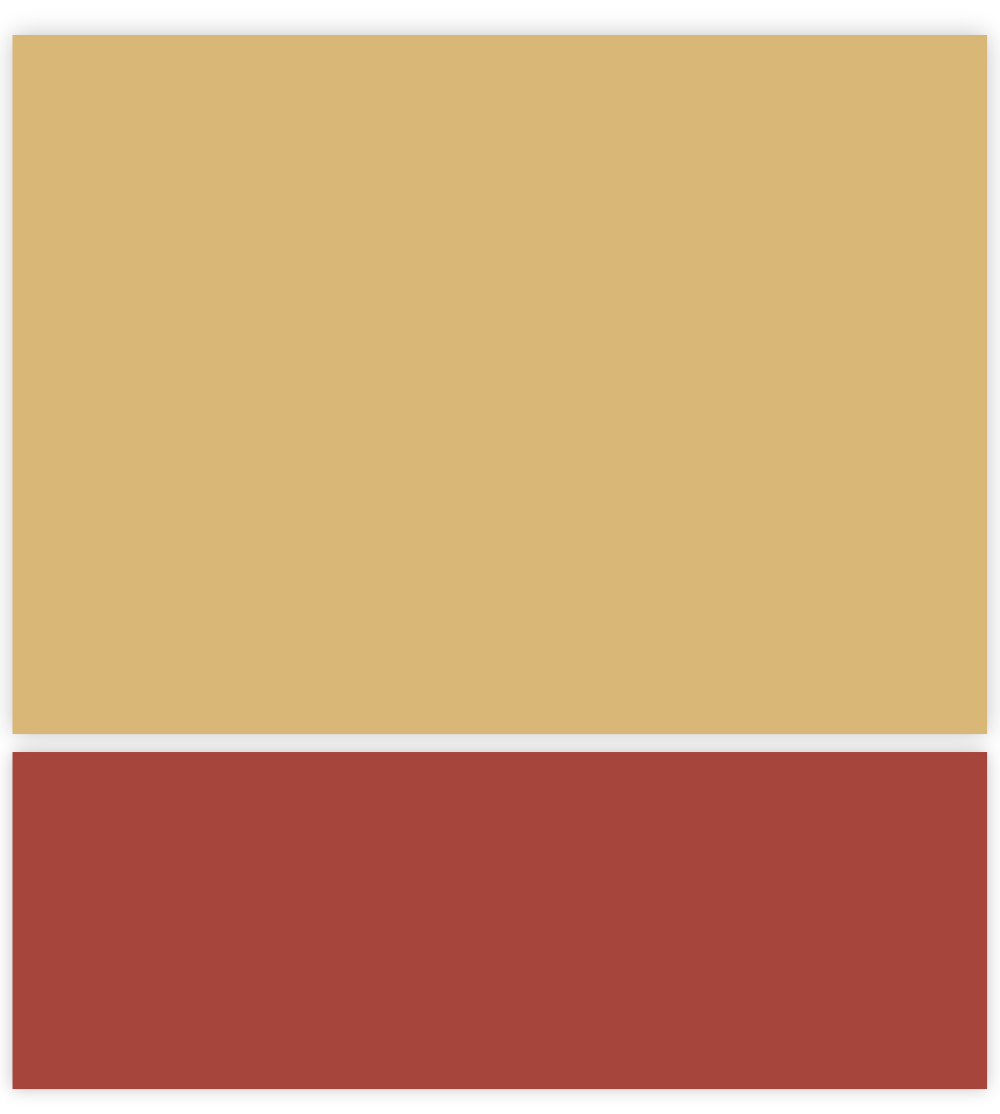 Computer Audio Interface:  You’ll need one of these because you can’t plug your instruments and microphones straight into your DAW.  It’s basically a box connected to your DAW into which you plug your instruments, and mixing desk if you have one.  As with your computer, do some research based on what your setup will be mainly used for.  I do all my own recording, overdubbing as necessary, so I don’t need a lot of simultaneous inputs for other musicians and I have a mixing desk anyway if I wanted to do that.  So the interface I use is the RME HDSPe Aio which is in PCI Express Card format so goes inside my PC. Pictured right are three examples of interfaces that connect to your computer via USB, by Native Instruments, Focusrite and Presonus.  There are lots of sites on the internet that compare various interfaces, so researching one that matches your needs is fairly straight forward.

In my setup two cables (L & R for stereo) go to from my mixer to the back of the Aio card in my PC, and two similar cables come back the other way.  So, I can record in stereo into my desk and therefore into my PC and playback recordings in the opposite direction.

Computer MIDI Interface:  If you’re going to be working with MIDI, which most of us do as it’s a great tool, you’ll need one of these because the Delta 66 above carries only audio signals.  MIDI signals are different so you’ll need a similar interface but one which carries MIDI information between your DAW software and any MIDI instruments that you have such as synthesisers and drum machines.  I have the M-Audio Midisport 4x4 (see picture right) which enables me to have a synthesiser and two drum machines connected simultaneously to my PC so I can pass MIDI information between them and my DAW - both ways.

Mixing desk - do I need one?  No, recording software packages come with a desk or console view which emulates a studio mixing desk’s controls if that’s how you’d like to work. It’s a matter of personal preference; there’s a lot to be said for the tactile satisfaction of being able to press real buttons and slide real channel sliders, which explains why even in these days of ultra hi-tech digital studios you still see mixing desks.  But if you want to record your band, for example, and need to plug in a number of different instruments and microphones a desk can be very handy.  Having said that, there are computer audio interfaces on the market with multiple inputs which will cope with that.

If you have ambitions to expand your home project studio and record for profit, then later on down that road you might wish to acquire a desk as clients will probably expect to see one!

If you want to know more about how mixers work check out ‘Choosing a Mixer For Your Project Studio’ at Tweakheadz, an extremely helpful web site for all things project studio related.

Speakers (Monitors):  For recording, playing back and mixing your recordings you need an amplifier and monitors.  You can use your hi-fi set up at first but ideally you should invest in a pair of studio nearfield monitors, which means monitors that are designed to be heard close up by one listener, usually no more than a metre away.  Nearfields are made not to flatter the music but to to reproduce it with clarity enabling you to correctly adjust EQ’s, etc. in such a way so that when you hear your music sounding good, it will sound good on portable radios, MP3 players, stereo systems, and car radios.

Read reviews of the more popular models and buy the best you can afford. Then, importantly, calibrate your ears to them by playing reference CDs, i.e. well-mixed music of the genre you’re writing and/or recording, so your ears can be ‘tuned’ to help you mix your music similarly.

Monitor speakers are either passive or active, the latter having their own onboard amplifiers.  As you go up the price scale they tend to be actives.

I use a hi-fi amplifier, an Arcam Alpha 6 Plus, and my speakers are passive Alesis Monitor 1’s (pictured right) which I’ve had for fourteen years. 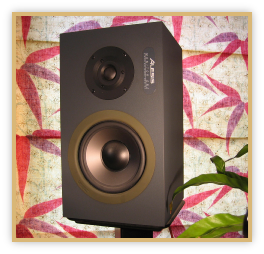 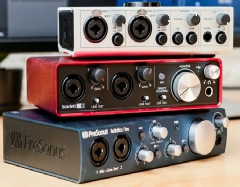 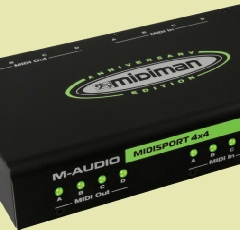 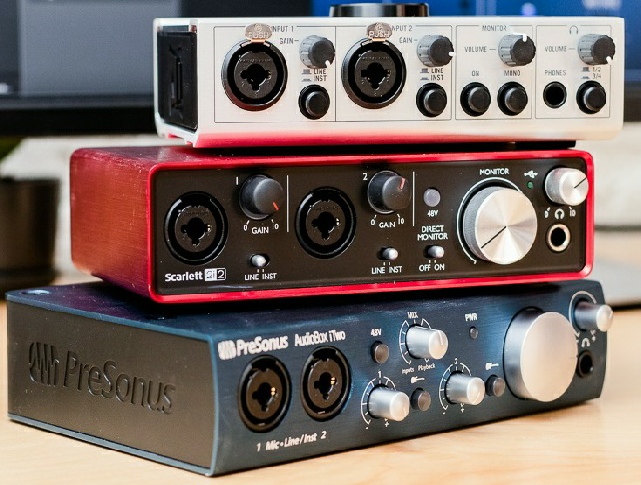